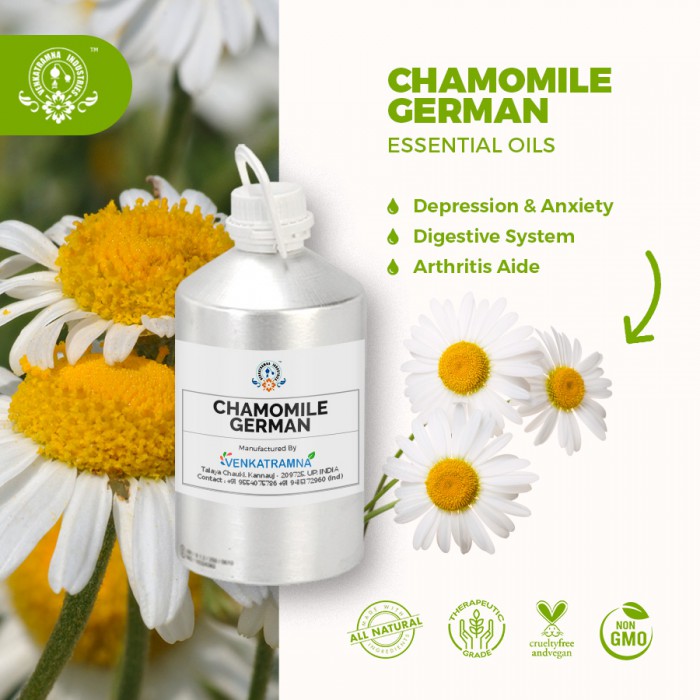 There are several types of chamomile essential oil used in aromatherapy, and this makes it vital to choose the correct type of oil for the therapeutic properties that is required. Roman chamomile essential oil is the most popular ot the tree types of chamomile oils used in aromatherapy, possibly due to its vast range of healing properties and amazing versatility. Most people seem to prefer the fragrance of roman chamomile oil to that of either the German or Maroc, and it certainly blends well with a very wide range of essential oils.

The Latin name for roman chamomile is most commonly given in aromatherapy and botanical books as anthemis nobilis (Linnaeus), but there has been a growing trend of late to refers to this plant as chamaemelum nobile. Both names are correct and do refer to the same plant and not a different sub-species.

Urinary effects administration of 350 mg/kg of roman chamomile oil to rats by SC or IP injection resulted in decrease in water elimination from 93.04% to 46.85% and 28.10% of the water administered. The major constituents of this oil were butyl angelate and isoamyl angelate. Nothing meaningful can be extrapolated from the massive does used he.

Other adverse effects: Do not allow product to enter streams, sewers or other waterways.