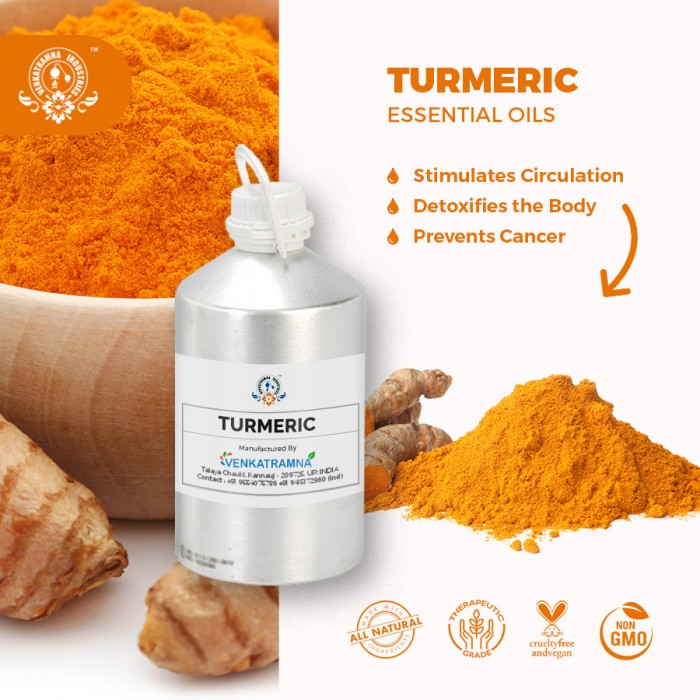 Plants of ginger family (Zingiberaceae) have been frequently and widely used as spices and in traditional systems of medicine practiced in many Asian countries, and their medicinal functions have been broadly discussed and accepted in many traditional recipes. The Zingiberaceae plants contain several volatile and essential oils including terpenoids, phenylpropanoids, flavonoids, and sesquiterpenes, which has reported antitumour activity. As plants of Zingiberaceae family are considered safe for human consumption, these species are excellent candidates for development of novel chemotherapeutics. Traditionally, curcuma drugs called “Ukon” and “Gajutsu” in Japanese have been used in oketsu syndromes (caused by the obstruction of blood circulation) in Chinese medicine. Various antineoplastic compounds have also been isolated from curcuma species.

Curcuma longa, a medicinal tuber plant belonging to this family, is a close relative of Curcuma zedoaria from which the curcumin is isolated. Various parts of Curcuma are used in Ayurveda and other folk and tribal system of medicines.  The rhizome is used for curing stomach diseases, toothache, blood stagnation, leucoderma, tuberculosis, enlargement of spleen, and for promoting menstruation in traditional medicine in Asia. Anti-inflammatory activity, antifungal activity, antiulcer activity, antimicrobial effect, hepatoprotective activity, antiamoebic effect, of this plant rhizome have been reported.

The use of turmeric dates back nearly 4000 years to the Vedic culture in India, where it was used as a culinary spice and had some religious significance. It probably reached China by 700 ad, East Africa by 800 ad, West Africa by 1200 ad, and Jamaica in the eighteenth century. In 1280, Marco Polo described this spice, marveling at a vegetable that exhibited qualities so similar to that of saffron. According to Sanskrit medical treatises and Ayurvedic and Unani systems, turmeric has a long history of medicinal use in South Asia. Susruta’s Ayurvedic Compendium, dating back to 250 bc, recommends an ointment containing turmeric to relieve the effects of poisoned food.

Turmeric is a plant that has a very long history of medicinal use, dating back nearly 4000 years. In Southeast Asia, turmeric is used not only as a principal spice but also as a component in religious ceremonies. In folk medicine, turmeric has been used in therapeutic preparations over the centuries in different parts of the world. In Ayurvedic practices, turmeric is thought to have many medicinal properties including strengthening the overall energy of the body, relieving gas, dispelling worms, improving digestion, regulating menstruation, dissolving gallstones, and relieving arthritis. Many South Asian countries use it as an antiseptic for cuts, burns, and bruises, and as an antibacterial agent. In Pakistan, it is used as an anti-inflammatory agent, and as a remedy for gastrointestinal discomfort associated with irritable bowel syndrome and other digestive disorders. In Pakistan and Afghanistan, turmeric is used to cleanse wounds and stimulate their recovery by applying it on a piece of burnt cloth that is placed over a wound. Indians use turmeric, in addition to its Ayurvedic applications, to purify blood and remedy skin conditions. Turmeric paste is used by women in some parts of India to remove superfluous hair. Turmeric paste is applied to the skin of the bride and groom before marriage in some parts of India, Bangladesh, and Pakistan, where it is believed to make the skin glow and keep harmful bacteria away from the body. Turmeric is currently used in the formulation of several sunscreens. Several multinational companies are involved in making face creams based on turmeric.

Turmeric is used as an herbal medicine for rheumatoid arthritis, chronic anterior uveitis, conjunctivitis, skin cancer, small pox, chicken pox, wound healing, urinary tract infections, and liver ailments. It is also used for digestive disorders; to reduce flatus, jaundice, menstrual difficulties, and colic; for abdominal pain and distension; and for dyspeptic conditions including loss of appetite, postprandial feelings of fullness, and liver and gallbladder complaints. It has anti-inflammatory, choleretic, antimicrobial, and carminative actions. The main clinical targets of turmeric are the digestive organs: in the intestine, for treatment of diseases such as familial adenomatous polyposis; in the bowels, for treatment of inflammatory bowel disease; and in the colon, for treatment of colon cancer.

Turmeric has been put to use as a foodstuff, cosmetic, and medicine. It is widely used as a spice in South Asian and Middle Eastern cooking. It lends curry its distinctive yellow color and flavor. It is used as a coloring agent in cheese, butter, and other foods. As a result of Indian influence, turmeric has made its way into Ethiopian cuisine. In South Africa, turmeric is traditionally used to give boiled white rice a golden color. Turmeric is also used in manufactured food products such as canned beverages, dairy products, baked products, ice cream, yellow cakes, yogurt, orange juice, biscuits, popcorn, sweets, cake icings, cereals, sauces, and gelatins. It is a significant ingredient in most commercial curry powders. Turmeric has numerous uses in Asian cuisine. It is used in savory and sweet dishes and is widely used in Eastern specialties such as fresh turmeric pickle.

·        Adverse skin reaction: Undiluted turmeric rhizome oil was slightly irritating to rabbits, but was not irritating to mice; tested at 4% on 25 volunteers it was neither irritating nor sensitizing. It is non-phototoxic.

·        Subchronic toxicity, human Turmeric rhizome oil was orally administered to eight volunteers at 0.2 mL 3 times daily for one month, followed by 1.0 mL per day in three divided doses for 2 further months. One developed a rash on the trunk on the second day; this became worse on the seveth day, and the volunteer dropped out of the study. The rash subsequently resolved. In the remaining seven volunteers, compared to baseline measurements, there were no significant changes in heart rate, blood pressure, body weight, hematological tests liver function tests or kidney function tests. In lipid profile testing, six volunteers showed no change in fasting sugar, cholesterol, triglycerides, HDL or LDL. In one volunteer, tricglycerides and LDL were normal at 4 weeks, but elevated at 12 weeks. Levels had returned to normal one month after discontinuing the turmeric oil. There was no change in the menstrual pattern of the three female volunteers. The turmeric oil used in this study contained 59% turmeroneþar- turmerone, and 25% zingiberene.

·        Drug interactions Antidiabetic medication, because of cardiovascular effects, above.

·        Persistence and degradability: Not available.