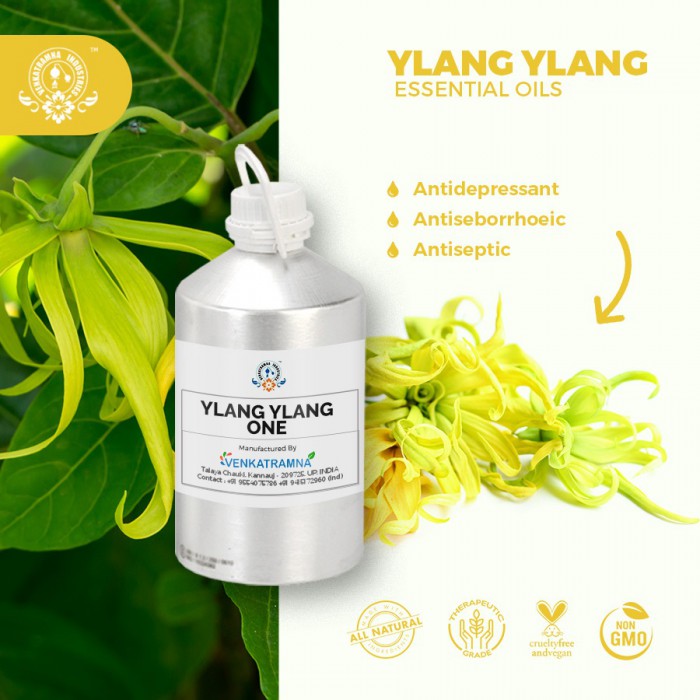 Cananga odorata, which is commonly called ylang-ylang, is a fast-growing tree and can found natively in tropical Asia such as Philippines, Malaysia, Indonesia, and some other islands of Indian Ocean, mainly the Comoro, Nossi Be, and Madagascar islands. Commercial cultivation of C. odorata to produce ylang-ylang oil started in the Philippines, later followed by the production of cananga oil in Indonesia. The First World War almost destroyed ylang-ylang cultivation in the Philippines, only one plantation continuing cultivation until the Second World War. In the Philippines C. odorata is now a smallholder crop grown almost exclusively for local use. In 1770 C. odorata was brought from the Philippines to Réunion, where commercial production of ylang-ylang oil started a century later. Production grew steadily but declined sharply during the First World War; it never recovered, and production virtually ceased during the economic depression of the 1930s. In the beginning of the 20th Century C. odorata was introduced into the Comoro Islands, where an important industry developed. Production peaked during the 1980s, but then declined due to the development of tourism and expansion of food production. Similarly, an ylang-ylang industry developed in the northern Madagascan island Nosy Bé; it peaked around 1950 and then gradually declined. In Guangdong Province in southern China, production started recently and is still expanding. Indonesia, the Comoro Islands and Nosy Bé are the main exporters of ylang-ylang oil. Java is the main producer of cananga oil; outside Java, the production of cananga oil is only important in Fiji.

C. odorata is used to treat malaria, stomach ailments, asthma, gout, and rheumatism. The essential oils or ylang-ylang oil is used in aromatherapy and is believed to be effective in treating depression, high blood pressure, and anxiety. Many phytochemical studies have identified the constituents present in the essential oils of C. odorata. A wide range of chemical compounds including monoterpene, sesquiterpenes, and phenylpropanoids have been isolated from this plant.

C. odorata has several uses in traditional medicine. The dried flowers are used in Java against malaria and the fresh flowers are made into a paste for treating asthma. In Perak the leaves are rubbed on the skin against itch, and in West Java the bark is applied against scurf. The seed used to be used externally to cure intermittent fever.

The fragrant flowers of C. odorata are used for personal adornment and decoration at festivities and other celebrations. Malaysians and Indonesians are very fond of the scent, and the women like to hide a flower in their hair. Fresh flowers of C. odorata mixed with flowers of Jasminum sambac (L.) Aiton, Rosa spp., Michelia champaca L. and leaves of Pandanus amaryllifolius Roxb. are used in various ceremonies in Java and Bali. The flowers are also put away with clothes or scattered about the bed. The Thai apply an infusion of the flowers on the body after bathing.

Ylang-ylang is one of the plants that are exploited at a large scale for its essential oil which is an important raw material for the fragrance industry. The essential oils extracted via steam distillation from the plant have been used mainly in cosmetic industry but also in food industry.

Ylang-ylang oil is nonphototoxicAdverse skin reactions, sensitization: Of four reports of maximation tests using the oil at 10%, one produced two positive reactions from 40 individuals; in the other three there were no reactions from 25, 43 and 105 volunteers. In an 18 month multicenter study, 18 of 1,825 dermatitis patients were sensitive to 20% ylang ylang oil.

No information was found for ylang-ylang oil. Estragole is a rodent carcinogen when exposure is sufficiently high. Linalool, b-caryophyllene and acaryophyllene display anticarcinogenic acticity. a-Cadinol is active against the human colon cancer cell line HT-29.

·        Mobility in soil: The product is insoluble in water