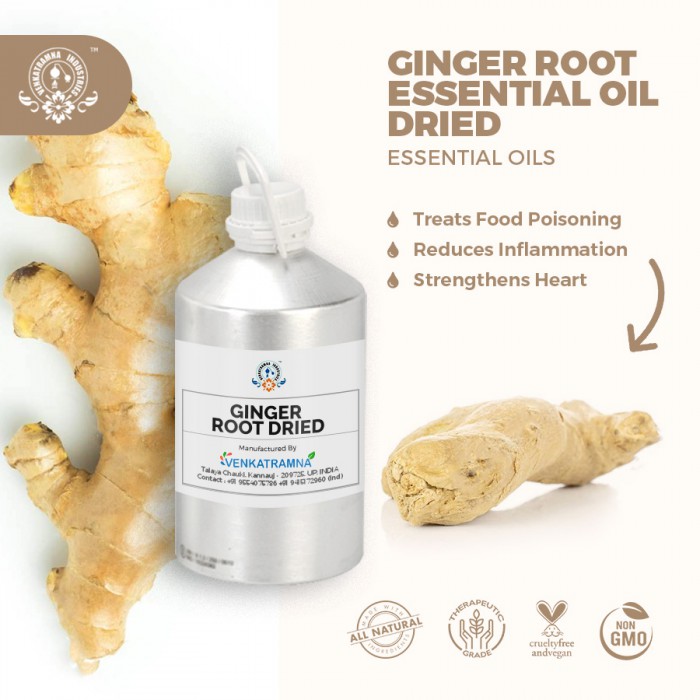 Ginger is widely used as spice, and it has its origins in India. It is a medicinal plant in folk and traditional medicines. The spice is very common in India (it is known as adrak in Hindi) and China and is now used all over the world. It forms an integral part of many Asian cuisines due to its digestive properties. It is especially helpful in digesting food items such as meat and poultry, and it is frequently added to recipes for cooking meat as it softens the meat considerably, making it easier to digest. Ginger root and ginger oil are also used as preservative and flavoring agents. The aim of this study was to review the chemical composition and biological activities of Z. officinale (ginger) essential oil. Ginger oil is extracted from Z. officinale rhizomes, which its chemical composition influences from geographical region, extraction methods, freshness or dryness of rhizomes. The antibacterial, antifungal, analgesic, anti-inflammatory, anti-ulcer, immunomodulatory, relaxant, and warming effects of ginger oil have been confirmed in experimental and preclinical studies.

Ginger (Zingiber officinale) is a plant used in traditional medicine against different diseases because of its various properties (antimicrobial, antioxidant, anti-inflammatory, anticoagulant, etc.). Ginger is “generally recognized as safe” by the Food and Drug Administration. Numerous studies have been carried out to characterize and isolate its main bioactive compounds to elucidate the mechanisms of its antimicrobial activity against pathogenic and spoilage microorganisms in foods. Results indicate that ginger contains monoterpenoids, sesquiterpenoids, phenolic compounds, and its derivatives, aldehydes, ketones, alcohols, esters, which provide a broad antimicrobial spectrum against different microorganisms and make it an interesting alternative to synthetic antimicrobials. However, its application in foods has been scarcely explored and represents an opportunity area for further research. This review provides an updated overview of the main bioactive compounds of ginger, its potential application, and toxicity as an antimicrobial in food products.

Due to wide pharmacological effects of ginger oil, attention to ginger oil as an ingredient of natural formulations in management of gastrointestinal and respiratory diseases is valuable.